Things have been surreal and too real; novel and getting old fast; overwhelming, challenging, and hard with bright spots. We’ve been locked down and trying to build each other up. This (time) capsule is an offering. A mosaic of meditation. A sourdough starter of creativity to help feed your own. Take a step back, take a breath, take a look, and take your time.
On the emotionality of time
Always Changing, Always Growing
A work by Livia Falcaru
On everything happening at once
Live from Beirut
Soundtracks by Ziad Nawfal and Ruptured Records
On the disappearance of time
How to Have a Week
A comic by Grace Miceli
On potential futures
Third Round, Part 6
A lullaby by Azikiwe Mohammed
On connection
A remote experience generator
Interactive ideas by double take labs
On time spent on home
Making Due
A storyboard by Ilana Harris-Babou
On ritual
A Lockdown Guide to Sunday Dinner
A photo essay by Black Appétit
On becoming
A Question
by David Allen Burns and Austin Young // Fallen Fruit
On timelessness
Take a Little Trip
A window by Kylah Benes-Trapp
Thank you! Your submission has been received!
Oops! Something went wrong while submitting the form.
Brought to you by the timekeepers at 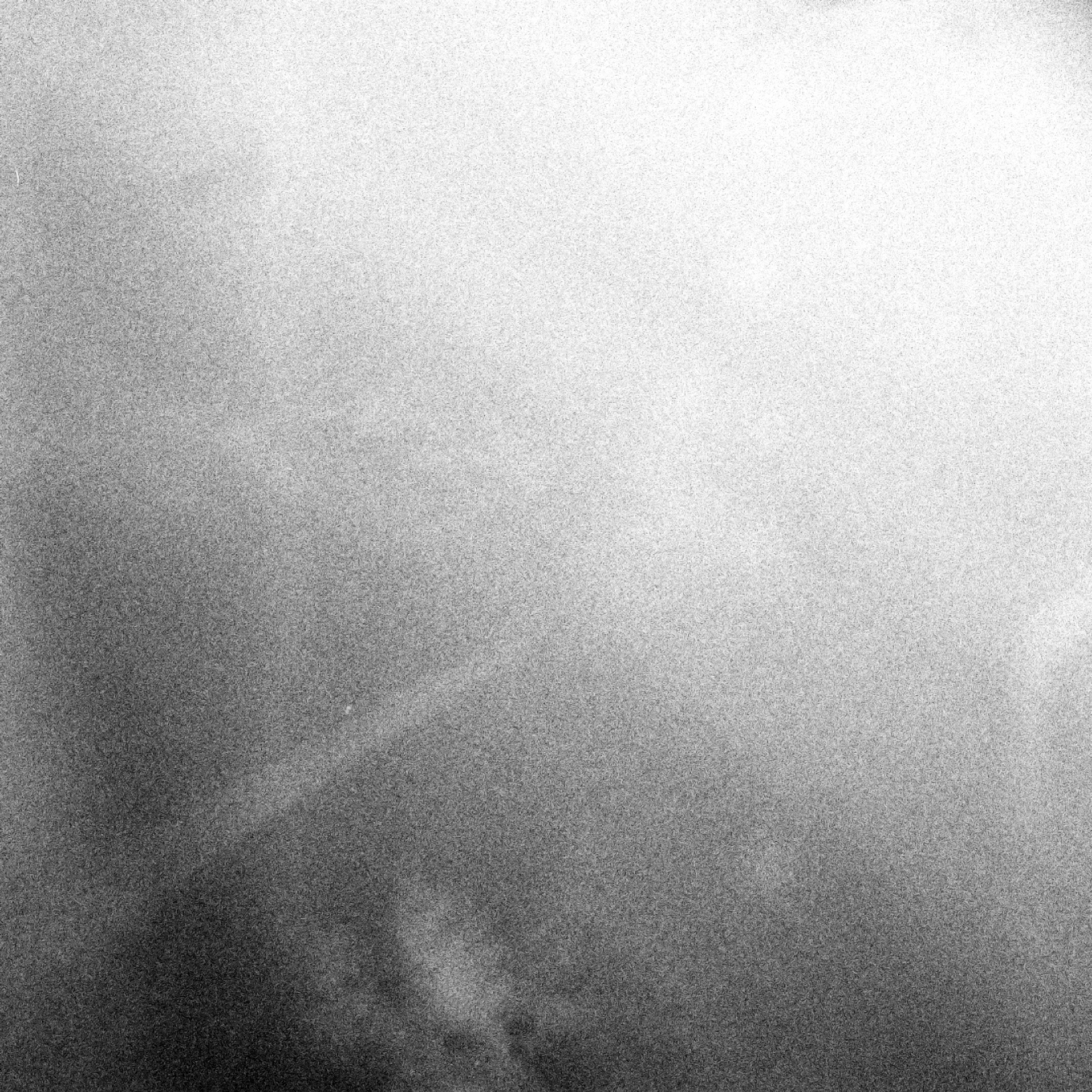 On everything happening at once 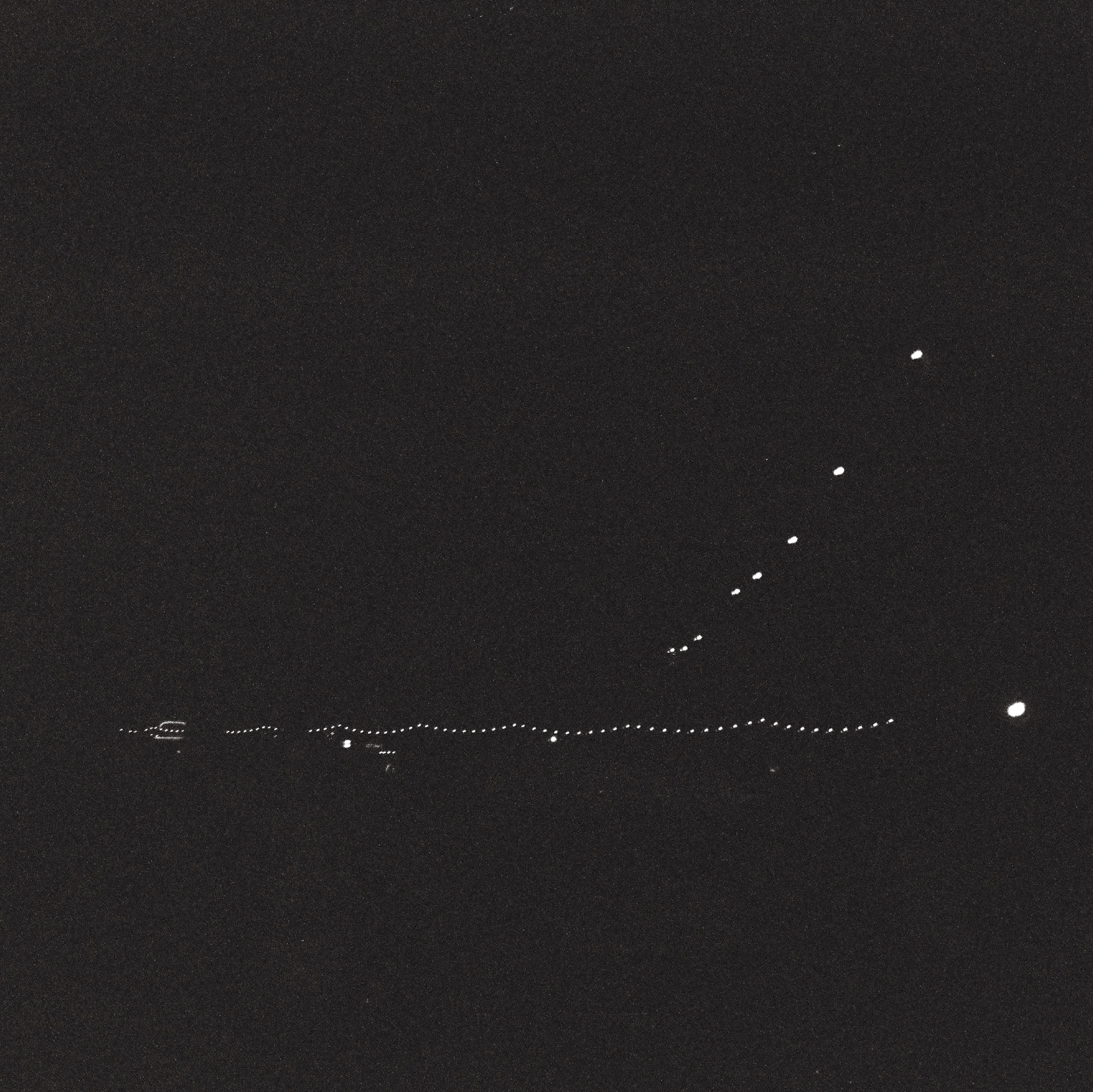 A gift of two very different mixes, contributed by artists and musicians in Beirut. A soundtrack of the last 12 years, and this terrible year.

Ziad Nawfal has been recording and releasing music from musicians in and beyond Lebanon since 2008, by way of his label Ruptured and his weekly radio show “Ruptures”. For Time in this Time, he curated his own mini-capsule alongside long-time collaborators, using a combination of existing songs, (in mix #1 The Ruptured Sessions: Time in this Time) new compositions (in mix #2 Caught in Flux), writing, and photographic contributions.

The musicians capture the ebb and tumult of compounding timelines in Beirut — between a revolution, pandemic, devastating explosion, financial crisis, and the tests and joys in daily life. An anchor and an invitation.

Below, listen to the mixes (or open them in soundcloud), and read Ziad's writing about making music in this time. Throughout are photos. Studio images capture live recordings over the years of The Ruptured Sessions series from before the pandemic. For mix 2 Caught in Flux, Ziad asked the  musicians creating new pieces to also share a photo from their camera roll in 2020 expressing “what time in this time means to you.” Album art by Nour Raad, Ziad's collaborator and wife, features her own photographs of emblematic images from Beirut. Words by Ziad Nawfal.
MIX 1
The Ruptured Sessions: Time in this Time
Music from the archives of Ruptured Records, a mix on the subject of time in this time. Sung, composed, and tangible.

Album artwork and photograph by Nour Raad features a photograph of Beirut that highlights the musical atmosphere not only of this mix, but also of the first 6 published volumes of the “Ruptured Sessions” compilation series.
‍
Read about this mix
MIX 2
Caught in Flux
New music composed by the artists on time in this time in Beirut. Ambient, instrumental, somber, and eerie.

Album artwork and photograph by Nour Raad, featuring the musical world of the mix and the world it invokes.

“Initially, we had decided to record these sessions for archiving purposes only. Listening to them afterwards, and despite all the imperfections and various fumbles induced by on-air anxiety, we found a beautiful set of genuine, touching performances. We are proud to present them to you in this form, and are already hard at work battling with the second volume.”
This is the short text that was enclosed inside volume 1 of “The Ruptured Sessions” CD. It was written by myself and Fadi Tabbal, the engineer and producer who recorded and mixed all the live sessions between 2008 and 2020. 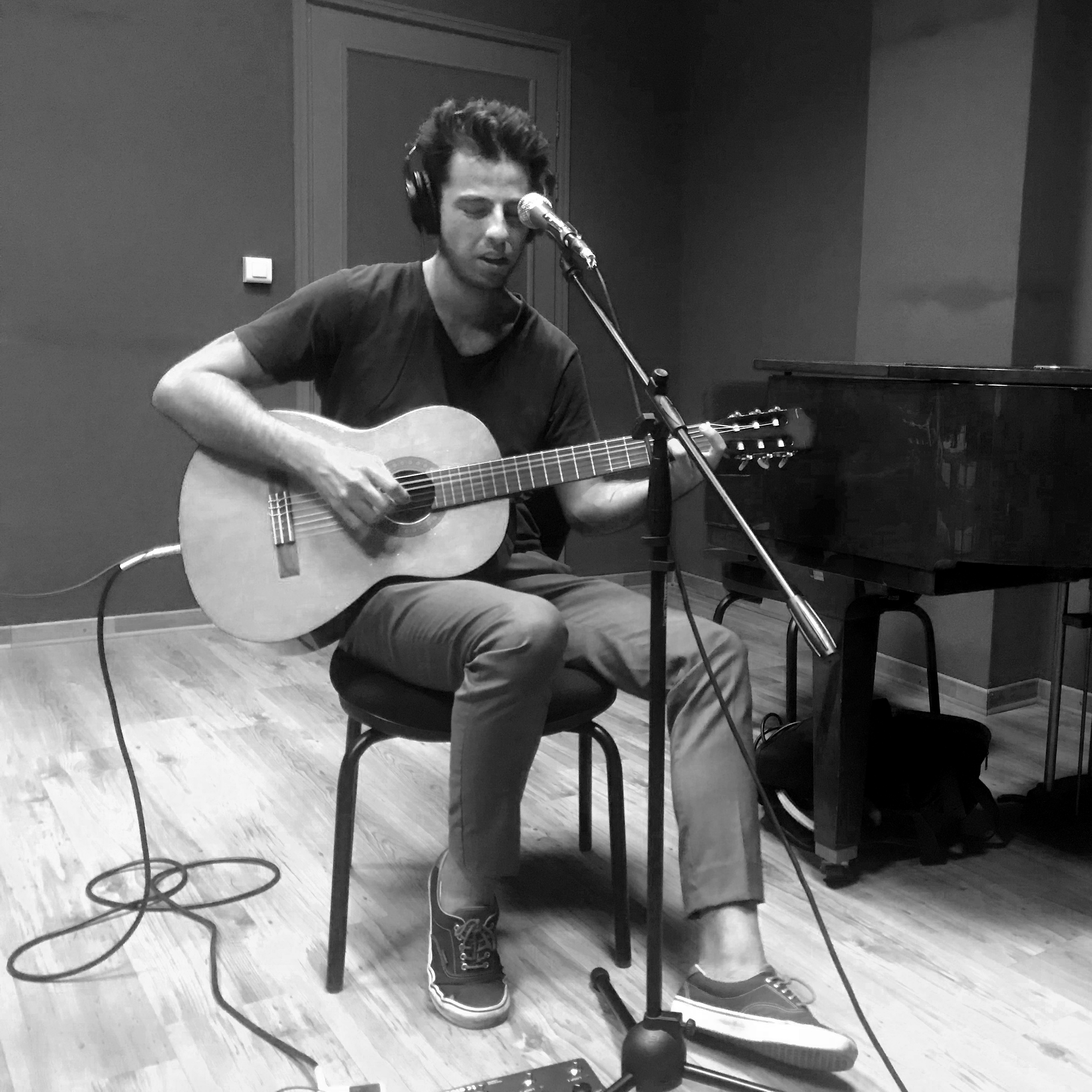 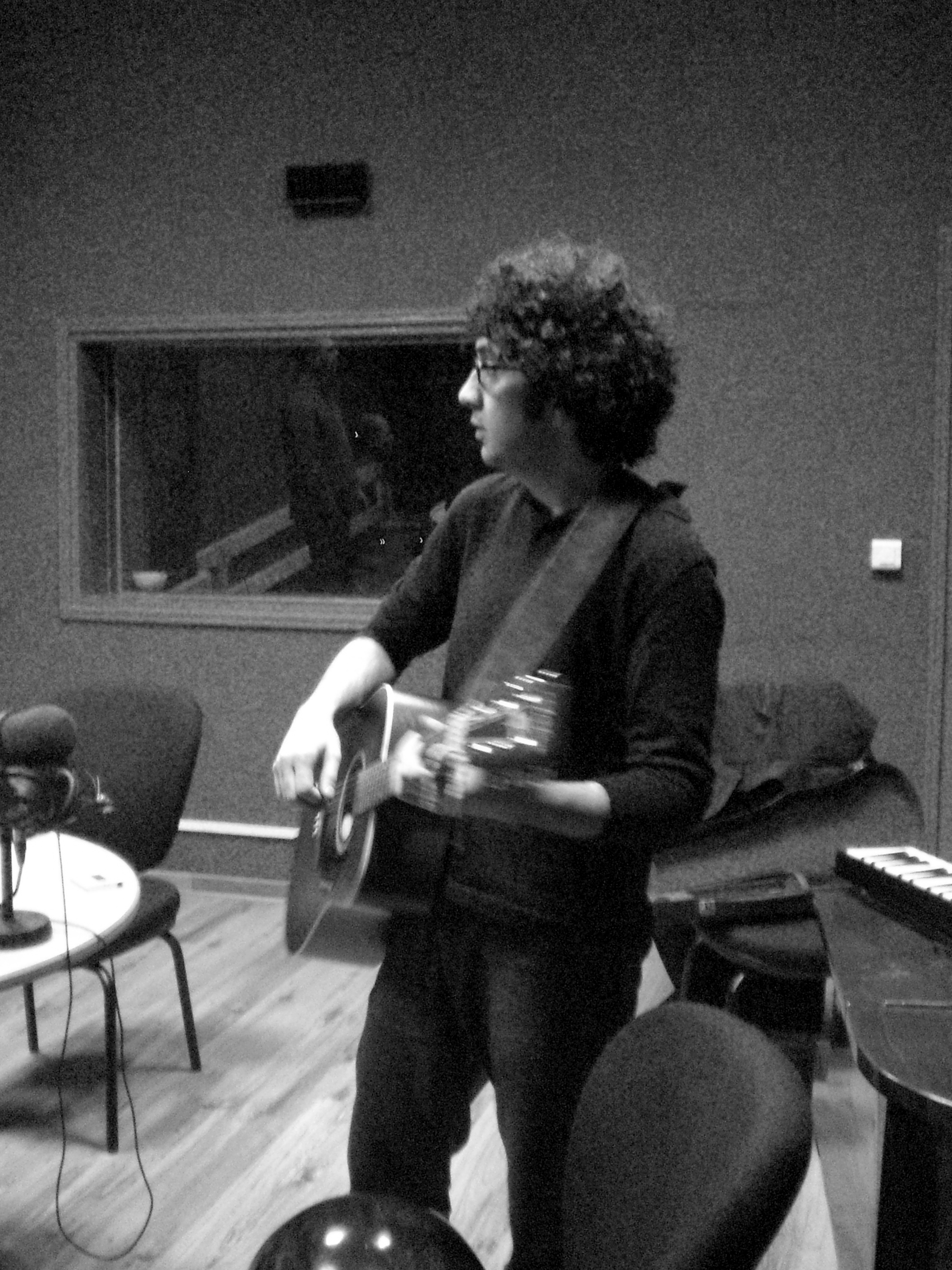 Fadi Tabbal
These sessions, that took place during my radio program Ruptures on Radio Lebanon, were dubbed “The Ruptured Sessions,” as a tribute to BBC radio host John Peel’s own Peel Sessions. He was an all-time hero of mine, and I had spent innumerable hours listening to his radio shows on a small portable radio, while growing up in Beirut in the 80’s and 90’s.

The sessions began hesitantly in late 2008, and became more frequent over the course of the next few months. The idea behind these recordings was to bring to light the various contributors to Lebanon’s alternative music scene, and enable them to reach a wider audience. Lebanese folk songstresses Nadine Khouri and Youmna Saba were the first to perform live on Ruptures, in September and October 2008 respectively. The initial “acoustic performers only” focus of the program eventually grew to encompass electronic performers struggling with Radio Lebanon’s limited technical means (Munma, Tarek Atoui), free-form improvisers performing both acoustically and electrically (Sharif Sehnaoui, BAO), and rock artists performing acoustically (The Incompetents, Mashrou’ Leila, Wake Island). 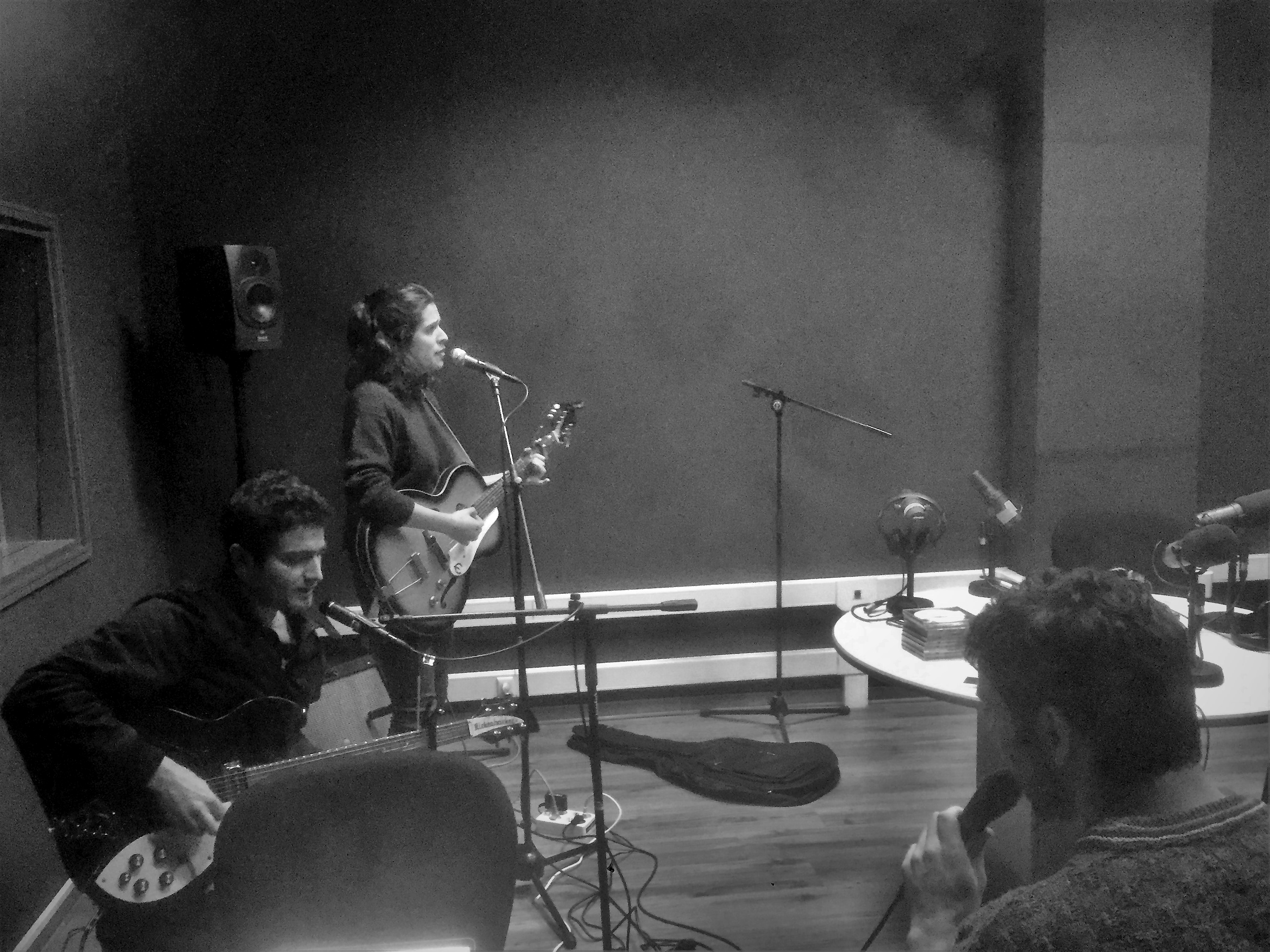 Postcards
When similar compilations started proliferating in Beirut, the series went on temporary hiatus in 2013. Ziad Nawfal still welcomed musicians in his radio shows, hosting them for interviews and the occasional live session.

In the summer of 2020, Nawfal and Fadi Tabbal started work on what they envisioned would be the 6th and final volume of “The Ruptured Sessions.” They dug in their archives to gather both older, unused sessions, as well as more recent recordings from up-and-coming Lebanese talent. On the week that the new compilation was meant to be released, a deadly explosion struck the Port of Beirut, causing death and destruction in all surrounding neighborhoods, and crippling the city indefinitely. 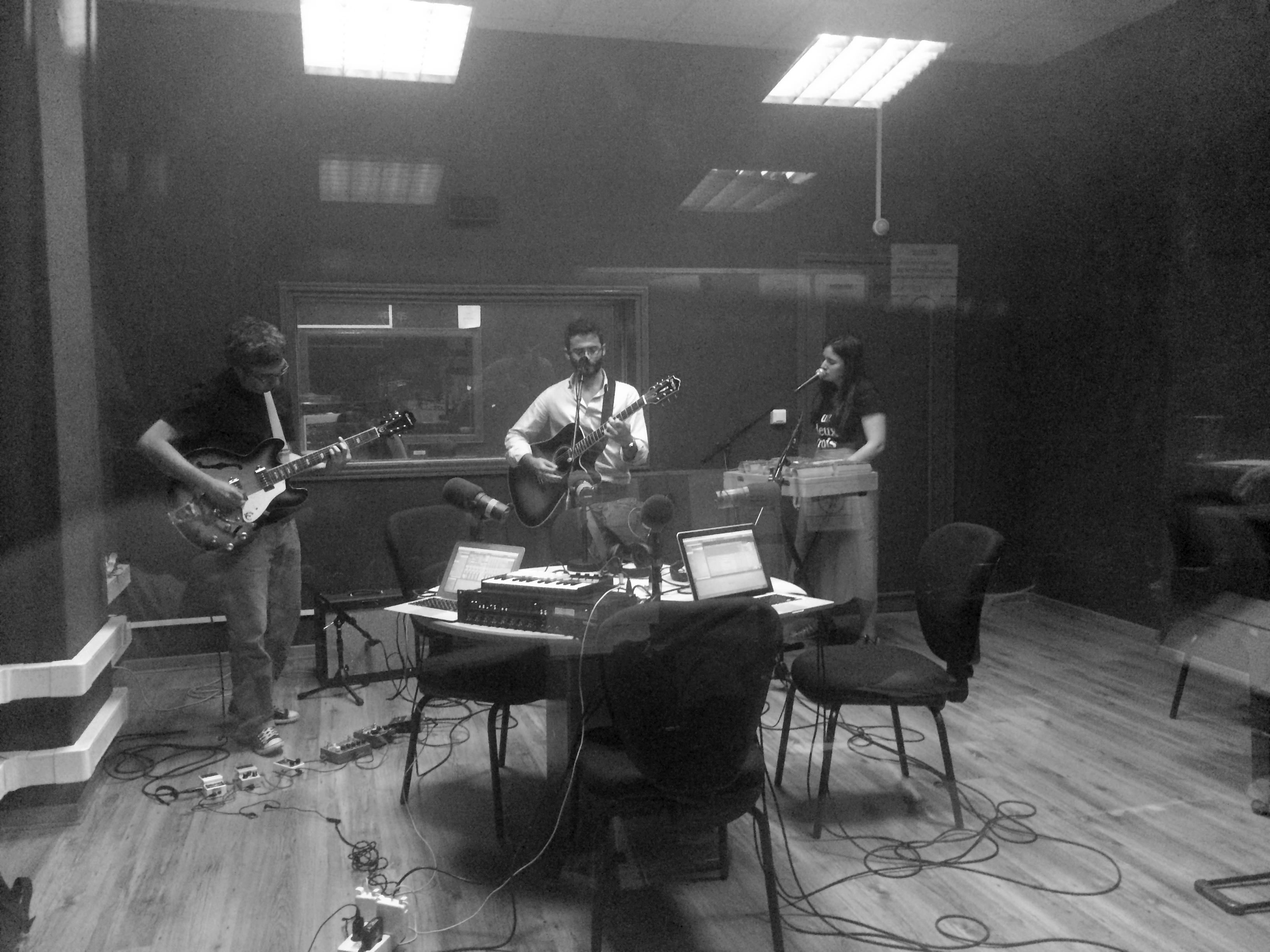 Safar
When “The Ruptured Sessions Vol.6” was eventually released, later in August, Nawfal opted to donate all sales from the album to Tabbal’s recently-established "Beirut Musicians' Fund", aimed at providing relief to musicians most impacted by the deadly blast of August 4th. A way to give back to Beirut’s community of musicians, singers, artists and performers, without whom the Ruptured label would not have existed in the first place. 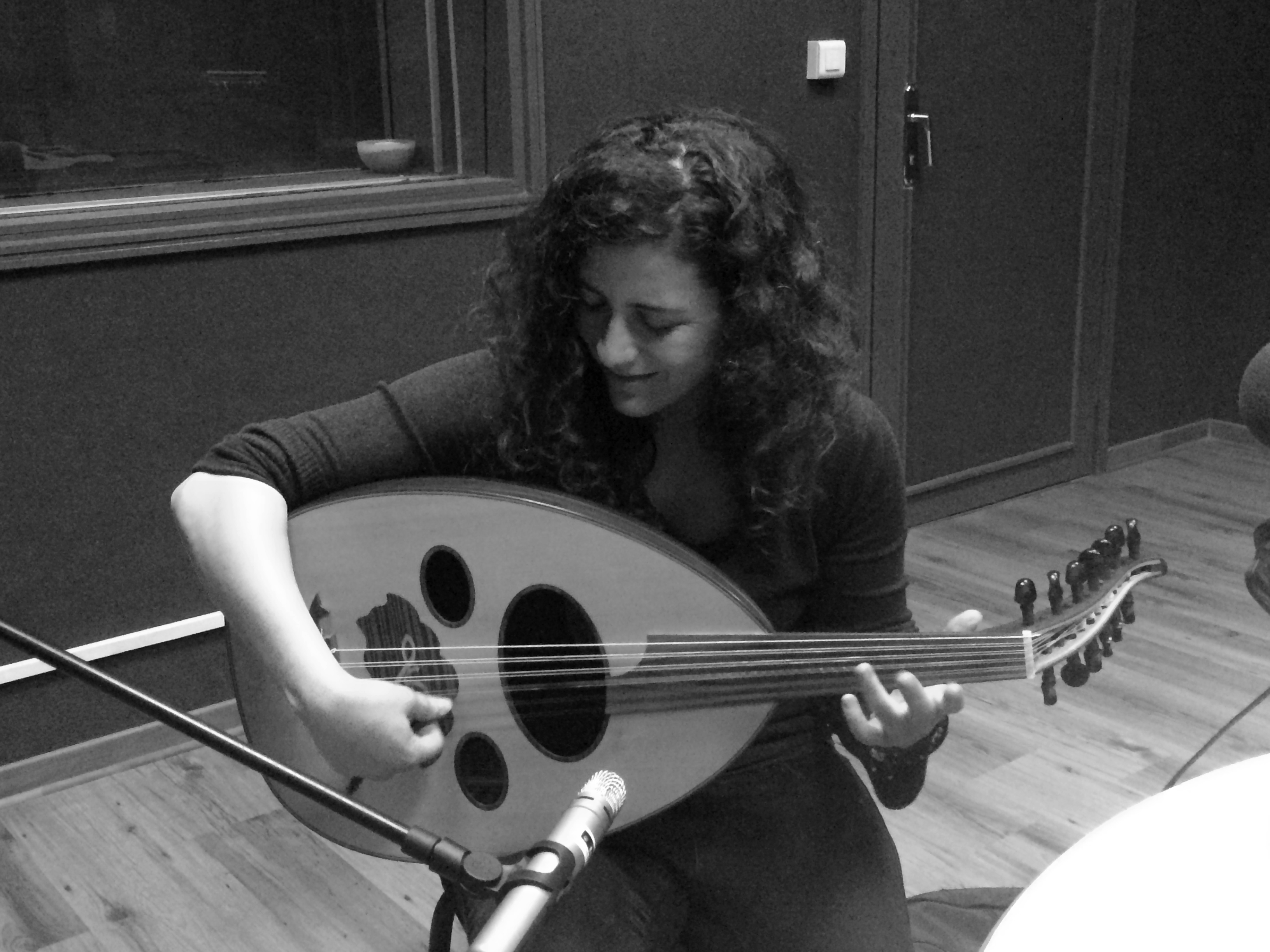 Youmna Saba
MIX 2
Caught in Flux by Ruptured Records
— words by Ziad Nawfal
‍
For the second part of my contribution to Time in this Time, I made a (mental) list of the musicians who contributed most frequently to my radio programs in Beirut over the last ten years, whether as interviewees, performers, or simply by offering me some of their material to play on air. 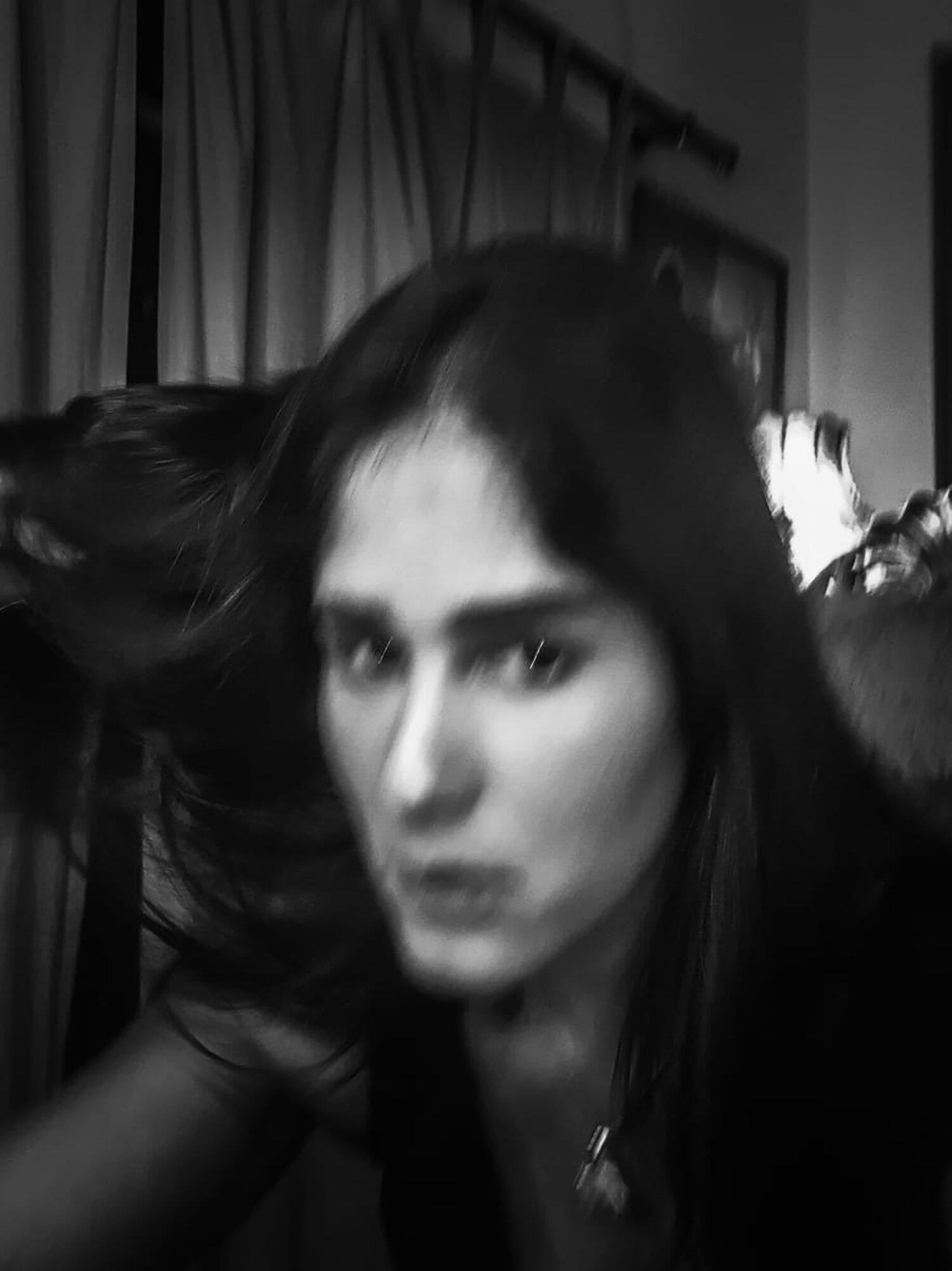 photograph by Aya Metwalli (2020) — "I had to face all my demons. Everything suddenly stopped, and there was nowhere to turn but the mirror." 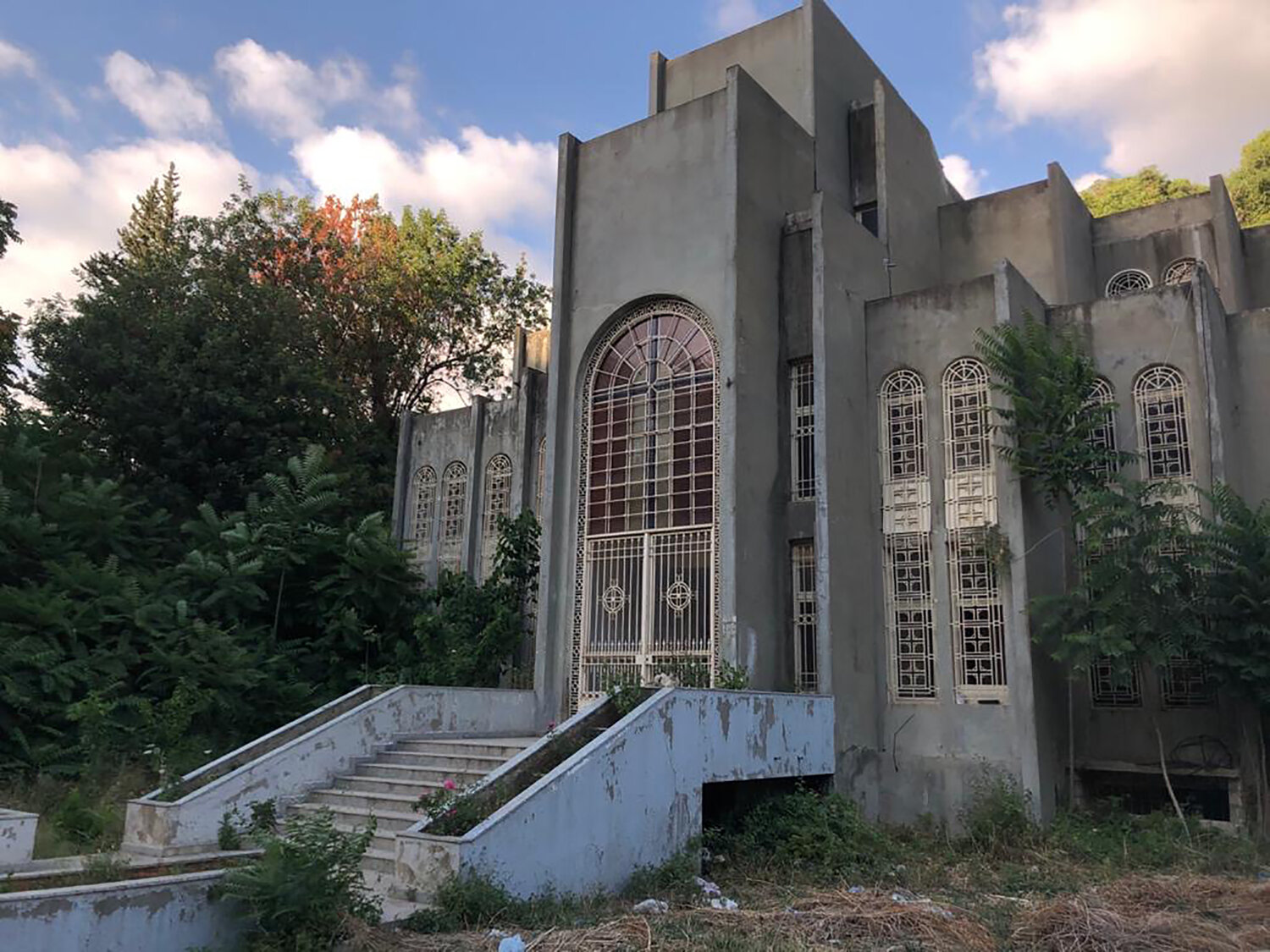 Anthony Sahyoun — "Two foxes trotting on a lane in Qartaba" (2020)
Then I proceeded to contact these musicians and requested 2 items from them: a piece of music, preferably unreleased, and a picture, preferably from their phone, both of which should be an actual representation of the year 2020 for them. Lebanon is experiencing what I believe is the toughest period in its already tumultuous history, from an unprecedented social uprising that erupted in October 2019, to a violent military crackdown on protesters, to a deadly blast that tore half the city to shreds last August, to ever-increasing numbers in Covid-19 infections. Most of the musicians created new music especially for the occasion; others provided me with older tracks from their archive. 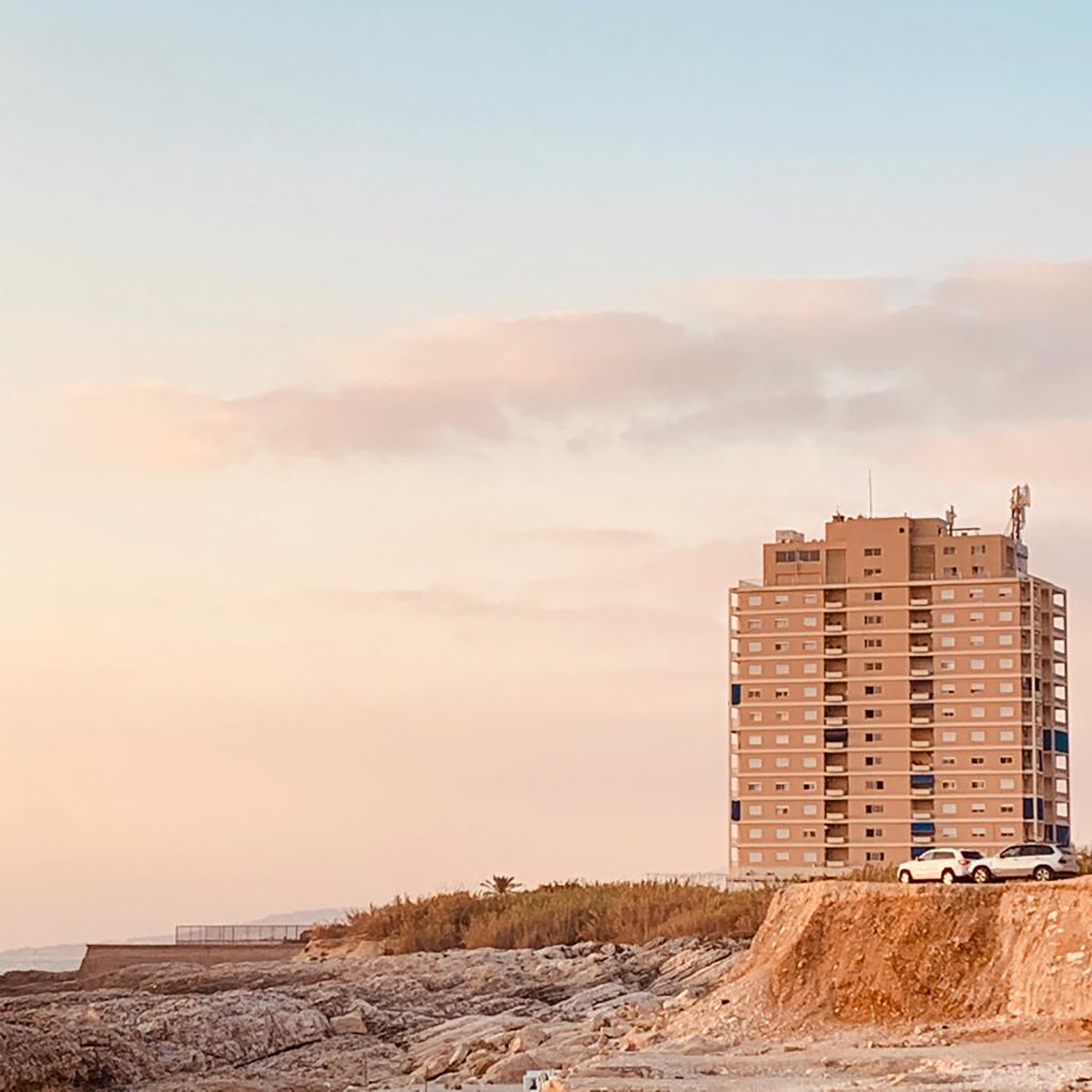 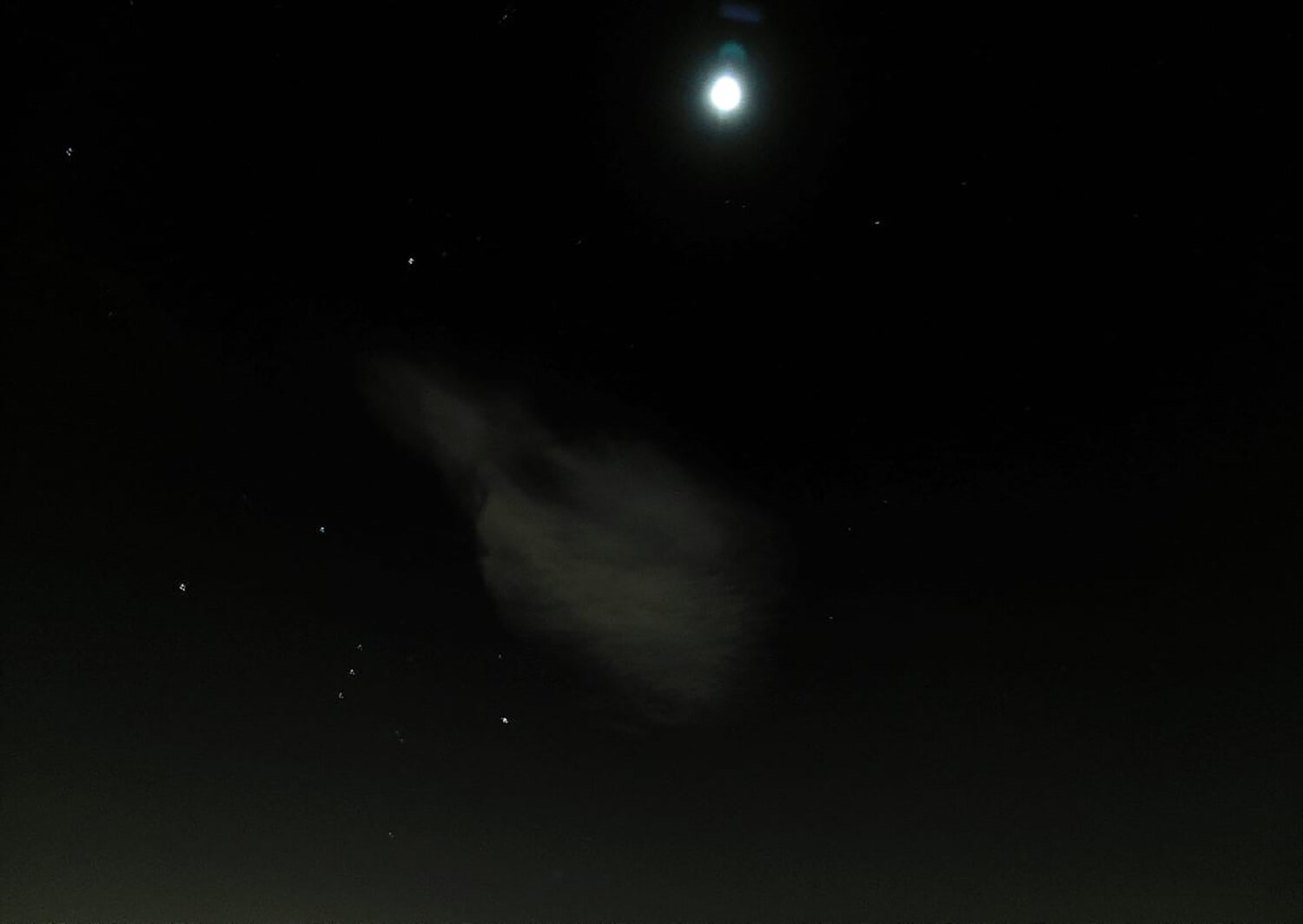 photograph by Youmna Saba (2020)
The resulting mix of music is vastly different from the earlier one. To say it is darker is an understatement; the pieces are ambient, instrumental and eerie, as opposed to sung, composed and tangible. Guitar and synth lines are layered, sometimes purposefully, sometimes unevenly. Strings are bowed, vocals are distorted. Where there are voices, they float in mid-air, anchorless. A reflection of the times we are living in, surely? 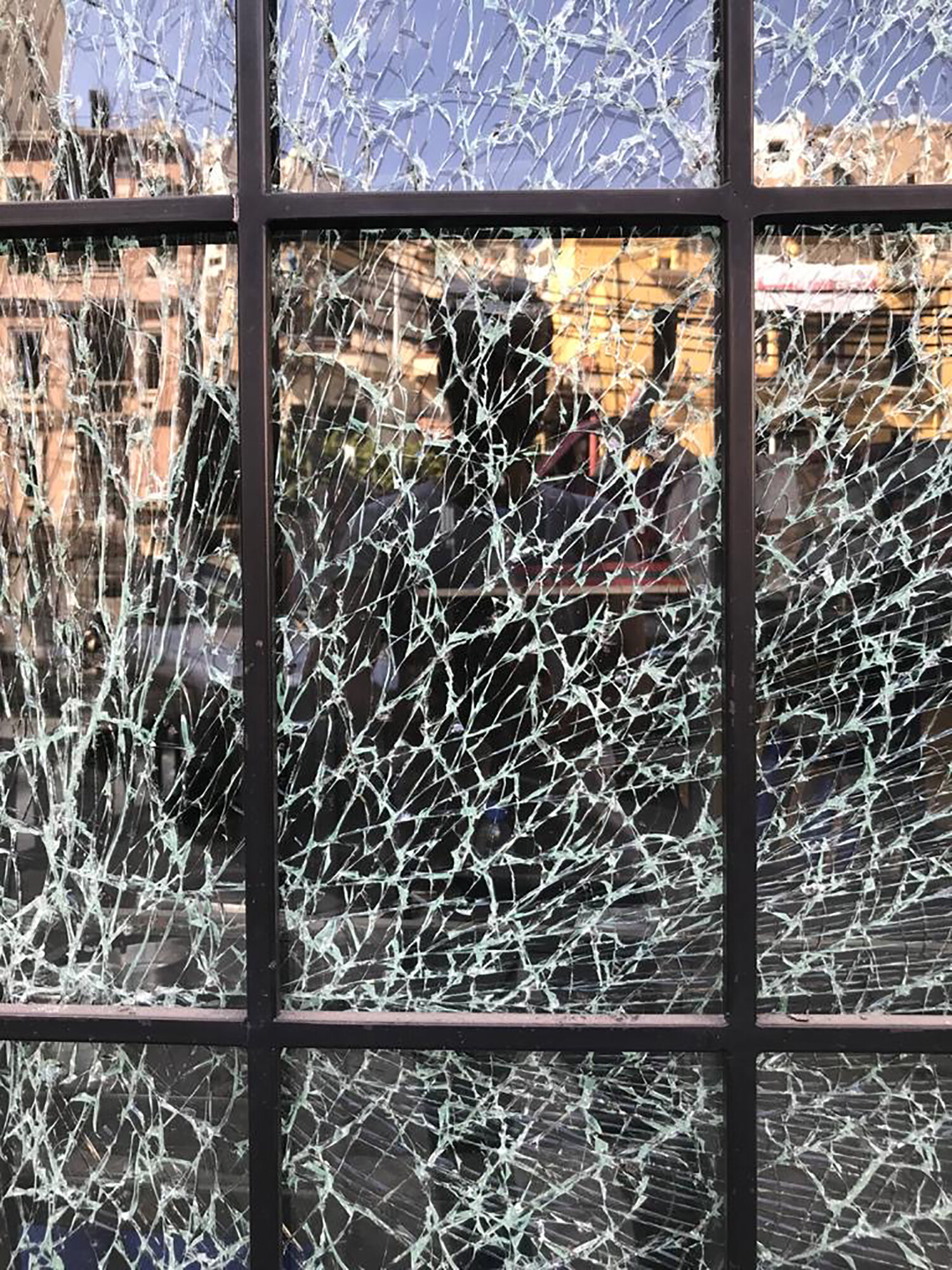 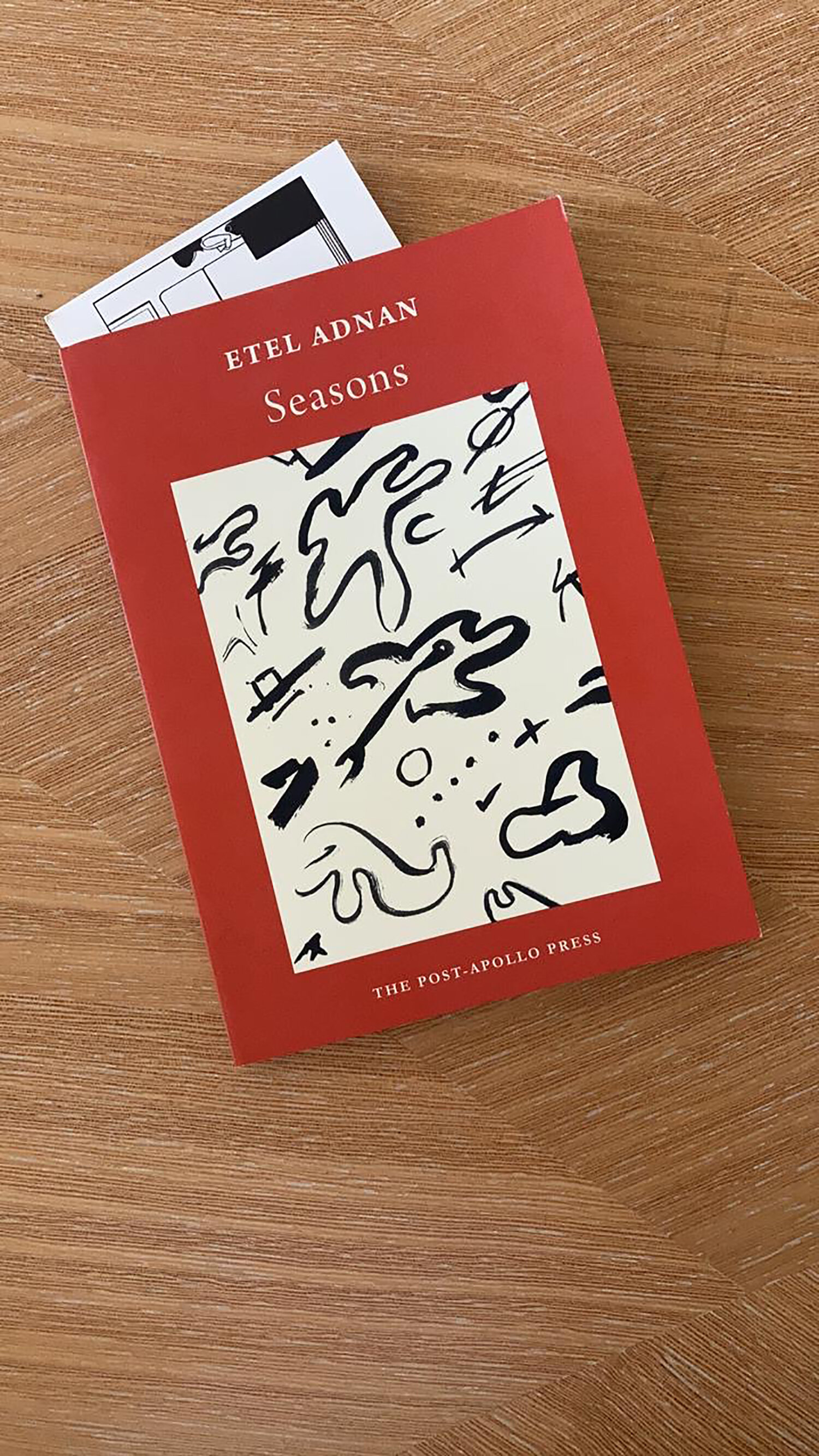 Fadi Tabbal — "Seasons" (2020)
Some of the pieces I’ve edited, to make for a tighter and compact mix. Others I’ve left as is. I am grateful to the artists who donated their tracks, and trusted me to make good use of their music (and images). In addition to the 7 brand new pieces made especially for this mix, I added an older one (Munma’s “Moyen-Orient”) that has not appeared in any of my previous mixes, and made sense in
the overall structure.
Track Listings
Time In This Time
1. Fadi Tabbal (feat. Julia Sabra)- After the fire, before the end
2. Youmna Saba - Al arqām
3. Anthony Sahyoun - Two foxes trotting on a lane in Qartaba
4. Charbel Haber - Beside a monument to whirling nebulas of murderers' fantasies, dressed in Sunday best, lay the bodies of docile beasts
5. Sharif Sehnaoui - The industry
6. Aya Metwalli - Red curtains forever
7. Munma - Moyen Orient
8. The Bunny Tylers (F. Tabbal & C. Haber) - The skies and planets over Stalingrad, days before the defeat
The Ruptured Sessions: Time in this Time
1. Youmna Saba (feat. Fadi Tabbal) – Tehfi
2. Charbel Haber - Building a nest
3. Nadine Khouri - All this violence
4. Fareeq El Atrash - Njoom 'am te'rab
5. White Trees – Buildings
6. Intensive Care - Another you
7. Charlie Rayne - Disposable valentine [The Incompetents cover]
8. Postcards - Flying saucers
9. Safar – Overlove
10. Alko B - Some things
11. Cosmic Analog Ensemble - Early embankment
12. Kinematik - El 'et
Ziad Nawfal is a Beirut-based DJ, radio host, music promoter and producer who has spent the better part of the last 25 years building new ways to spotlight local and regional independent music talent. The sixth and intended-final volume of his live studio recordings, The Ruptured Sessions, released mid-pandemic in August 2020, turned into a fundraiser to support Beirut musicians impacted in the wake of the deadly explosion that devastated the city weeks before. He has since invited his close collaborating Lebanese musicians to produce new works for this capsule, capturing their unspeakably difficult 2020 experience. He and his collaborator and wife, Nour Raad, have been thinking about a pandemic, a revolution, a financial crisis, their fellow musicians, and their first child, born in 2020. 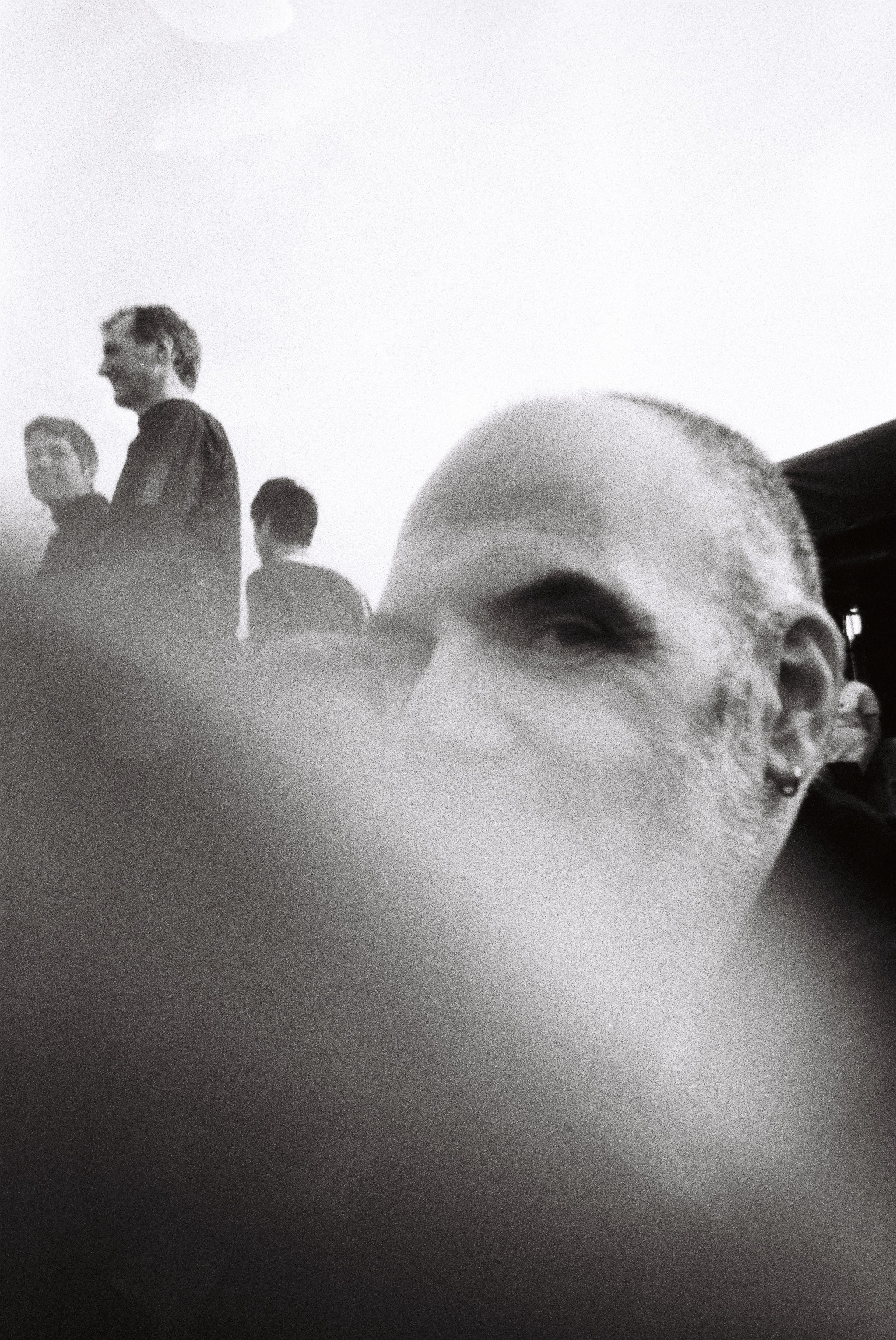